10. Effect of social transfer on Gini coefficient in EU - Chart 10

The chart below focuses on the differential effects of social transfers and pensions on the income distribution of the 28 EU Member States' residents.

The countries are ordered from left to right, in descending rank, according to the impact of overall social transfers (included pensions) on income concentration. From this perspective, Sweden registers the highest reduction of inequality after social transfers (-28.5 points). Among the other Airmulp countries, only the United Kingdom (-24.3 points) is above the EU28 average (-20.8), whereas the remaining ones put themselves below it: France (-20.2), Poland (-17.0), Italy (-16.4), and Spain (-15.6). The latter three countries, in particular, show a lower redistributive effect of social transfers.

Looking more specifically at the role of pensions, their impact – in term of a reduction of income concentration – varies significantly among the countries. This is higher in the United Kingdom (-9.6 points) and, again, in Sweden (-8.0), while it is particularly low in Poland (-3.2) and, above all, in Italy (-2.3). 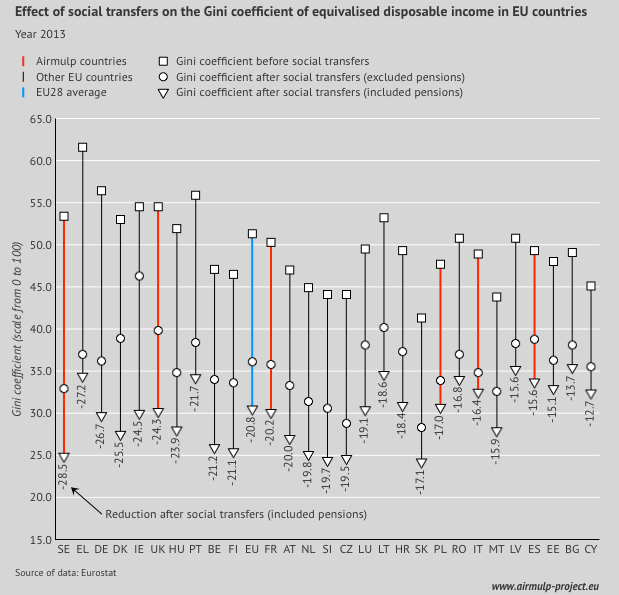