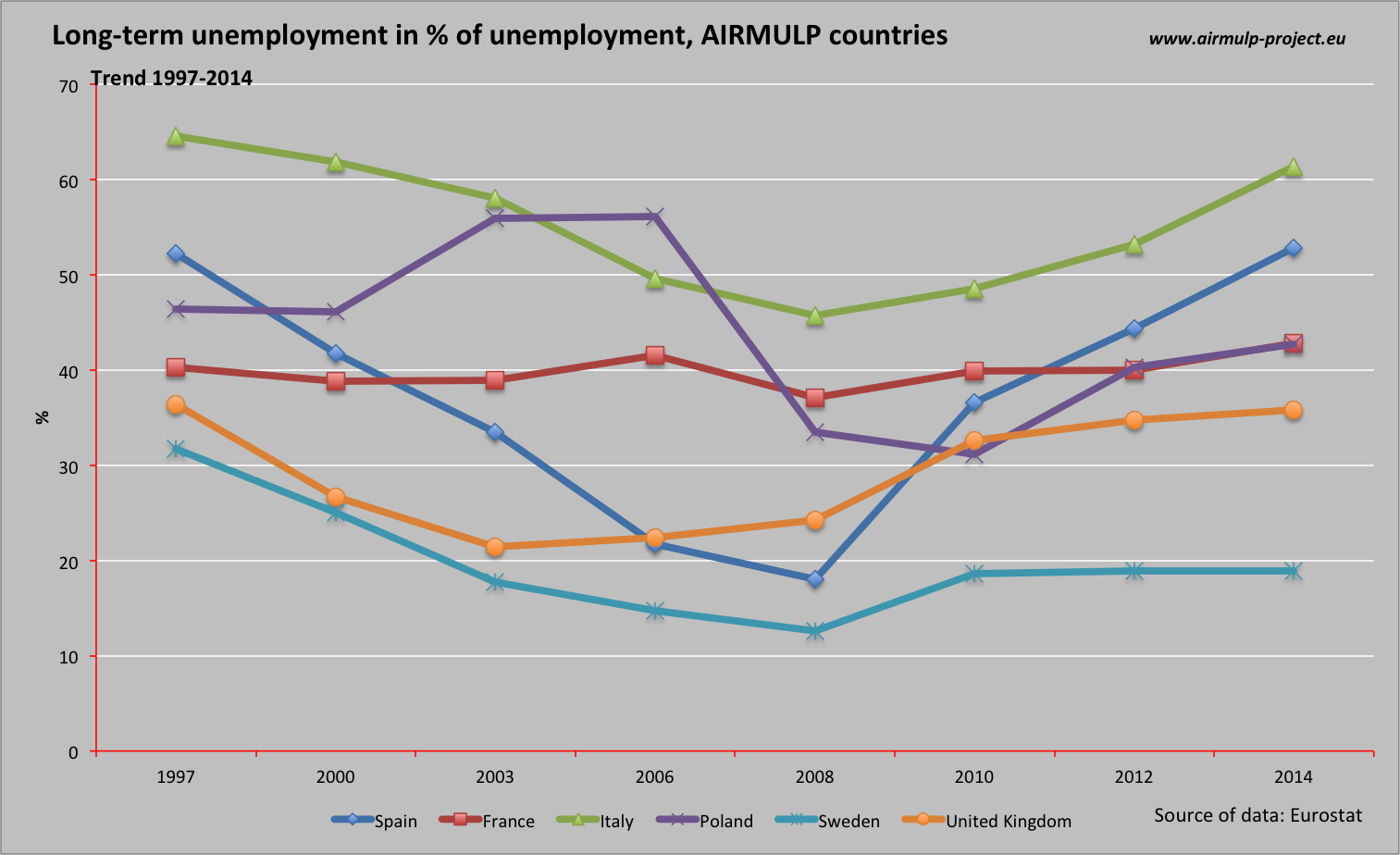 The graph displays long-term unemployment trend as pencentalge of unemployment, from 1997 to 2014, in AIRMULP countries. The weigth of long-term unemployment (12 months or more) on total unemployment varies significantly across the six countries. It is an acute and long-lasting problem in Italy, while its incidence is much more lower in Sweden. However, a common increasing trend can be identified after 2008 in all AIRMULP countries. The economic crisis and consequently cuts in labour market policies have reduced the chances of finding jobs in short time. This is particularly evident in the cases of Spain, UK and Italy, where the percentage of long-term unemployed people regularly decreased from 1997 to 2008, and then sharply raised to higher levels, continuing to grow till 2004. France is the country where the level has been more stable, while in Poland a fluctuating trend can be observed.