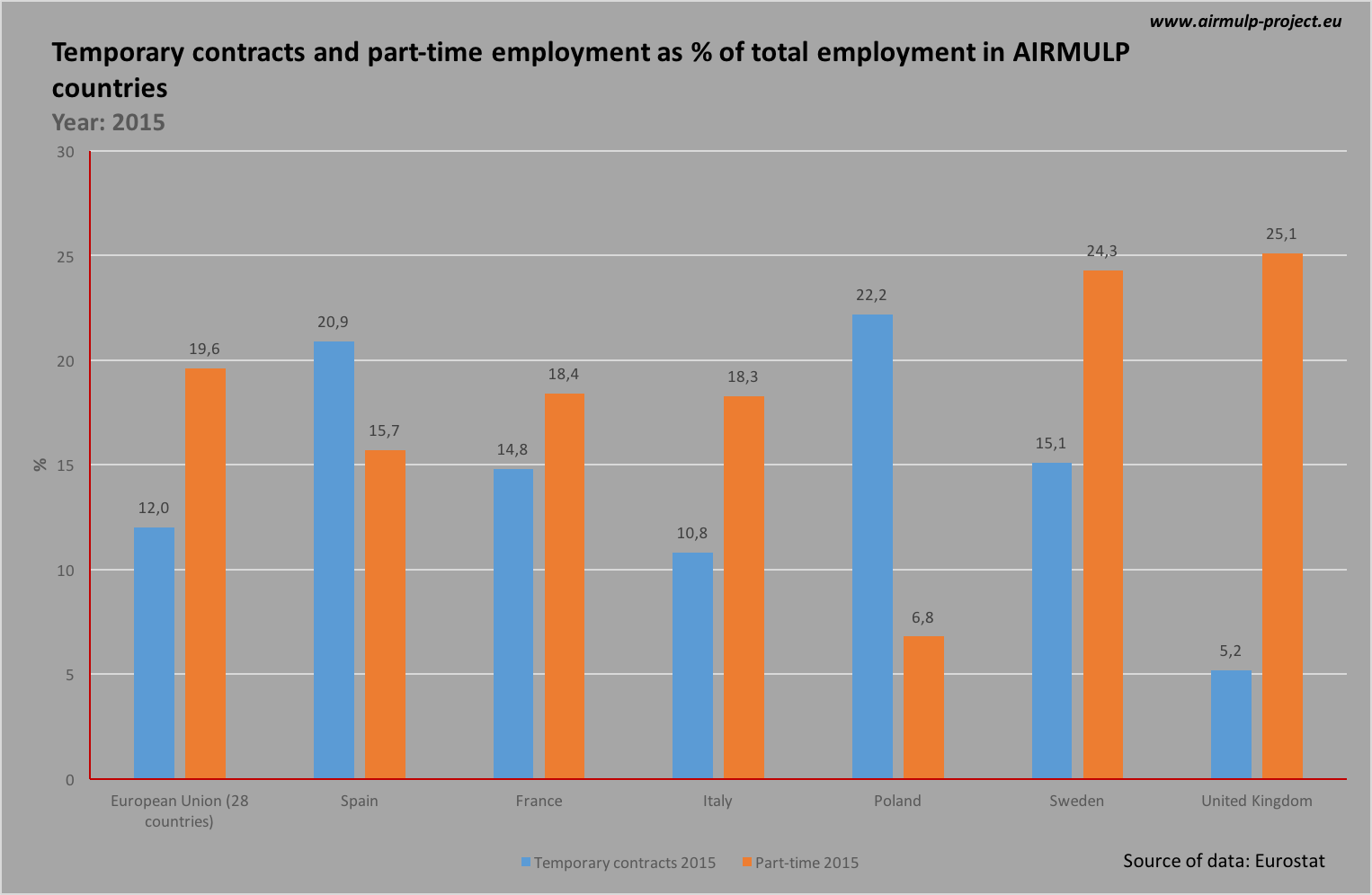 Chart 18 shows the spread of two different forms of atypical employment in 2015 in AIRMULP countries: temporary employment and part-time work. Available data on the incidence of these forms of employment among workers between 15 and 65 suggest significant variation in their use across countries. In Poland and Spain workers are more likely to work under fixed-term contracts. However, in the last decades non-standard forms of employment have grown importance in all Europe. These contracts have been introduces trhough legislative changes from the 80s, in oder to respond to the negative employment consequences of recessions and boosting employment creation.

Also during the last economic crisis measures enacted to support employment, especially of young workers, have focused on reforming job contracts and training in oder to encourage recruitment by reducing the labour costs. Such measures try to reduce unemployment but do not foster stable employment. The major trade in many EU countries unions have raised questions of fear that the increasing non-standard employment may cause greater insecurity on the labour market.

However, part-time work is not equally distributed among gender and age groups. Empirical research shows that part-time rate for women is much higher than for men. Moreover, while male part-time is more common in the youngest and oldest age groups, the female part-time increases with age, reflecting inequalities in transition from part-time to full-time.