The figure below shows the rates of youth low-education employment (YLEE) in the six Airmulp countries, compared to the EU28 and EU15 averages, from 2002 to 2014. Very different trends can be identified. Italy had a constant decline during the whole period, falling from 32.1% in 2004 to 15.4% in 2014. In the Italian case, thus, the YLEE rate has halved in ten years. The case of Spain is, instead, quite peculiar, since in the pre-crisis period its YLEE rate was even higher than that of the UK, though it has fallen after 2007 to reach its minimum level in 2013, under the EU15 average. The UK itself and Sweden have both registered a decline in the middle of the period, but with signs of recovery after 2012. Lastly, France and Poland display more flat curves, though significantly lower than the EU averages. In these two countries, and increasingly in Italy, low education seems to be a major disadvantage for young people, and this is more true after the rise of the economic crisis, in 2008. 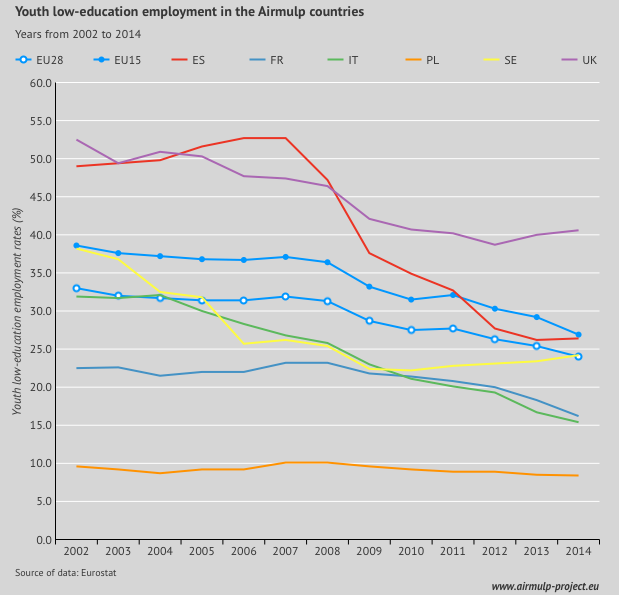