This graph displays long-term unemployment share in European countries. Data refer to the share of the employed persons since 12 months or more in the total number of unemployed.

After seven years from the beginning of the economic crisis in Europe, we observe that the weight of long-term unemployment varies significantly across the member states. 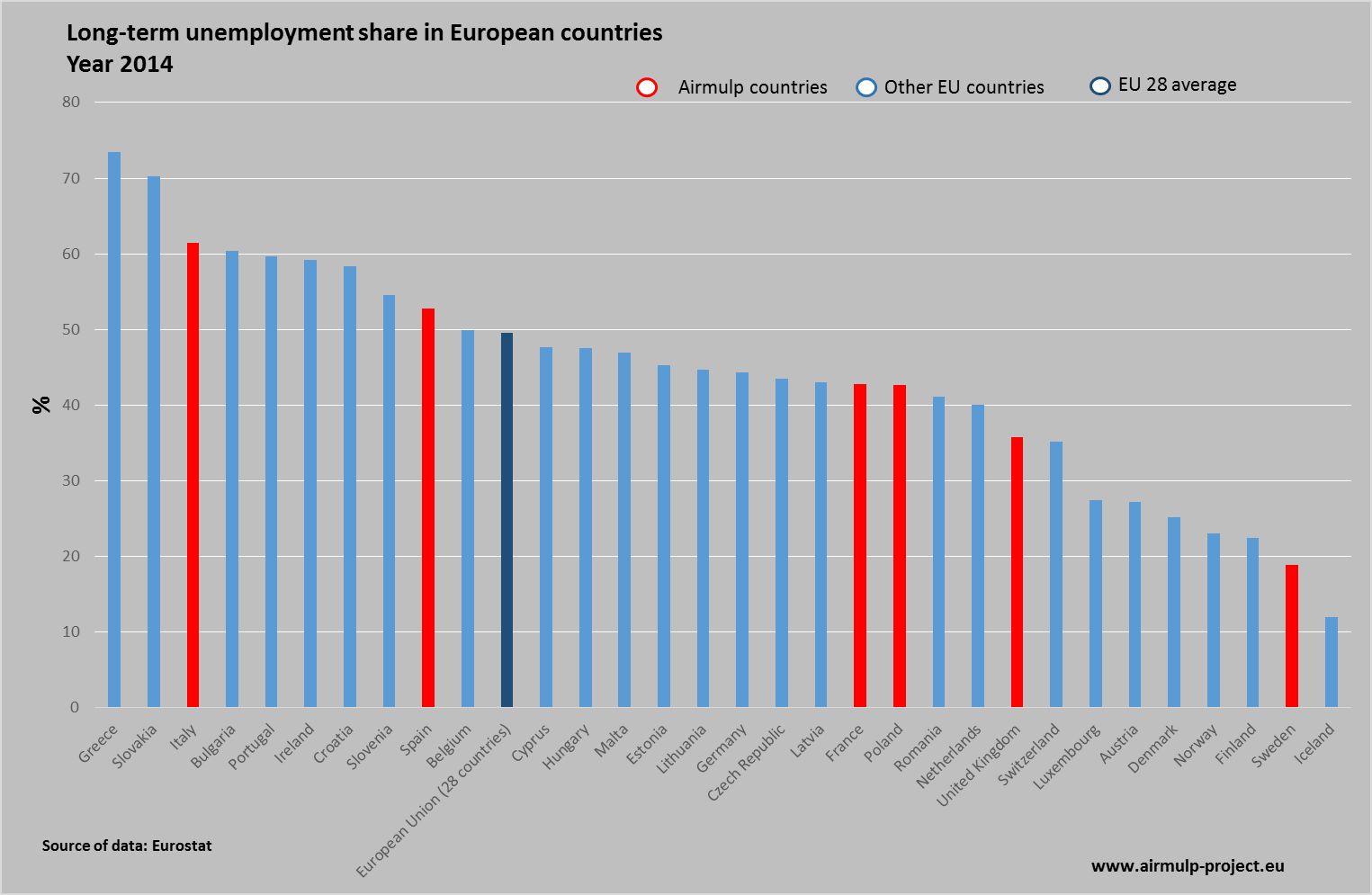