7. Unemployment among foreign nationals in the EU - Chart 7

Unemployment among foreign nationals has reached worrying levels in several European countries. In particular, the unemployment rate of immigrants has grown three times in Spain, to reach 34.6 per cent in 2014. Among other Airmulp countries, Sweden and France have also registered high values, around 20 per cent. As regards Italy, the proportion of unemployed immigrants is slightly above the EU28 average, though it has doubled from 2007. On the opposite extreme, the United Kingdom has a low and stable value. 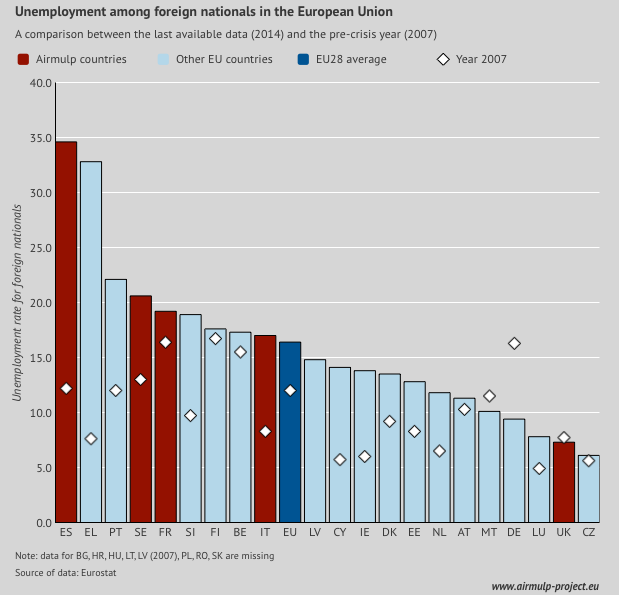