This graph displays low wage earners as a share of all employees per AIRMULP countries. Low wage earners are those employees earning two thirds or less of the national median gross hourly earnings in a country.
Data from the Structure of the Earnings Survey (conducted in 2006 and 2010) by Eurostat show that the highest percentages can be observed in Poland (24% in 2010) and in UK (22% in 2010), where the percentages of low wage earners have changed little between 2006 and 2010. The lowest levels belong to Sweden (where it is increased from 1,7% in 2006 to 2,5% in 2010) and France (6% in 2010), while Spain (14,5% in 2010) and Italy (12% in 2010) are in intermediate positions, but in both cases low wage workers have incresed in the considered period.
Researches show that those most likely to be low paid include women, the young, part-time and temporary employees, and those in lower-skilled occupations.
Whorthy of attention is the case of UK, which is experiencing rising levels of income disparities and a growing proportion of "working poor", people who are in employment but remain below the poverty threshold. 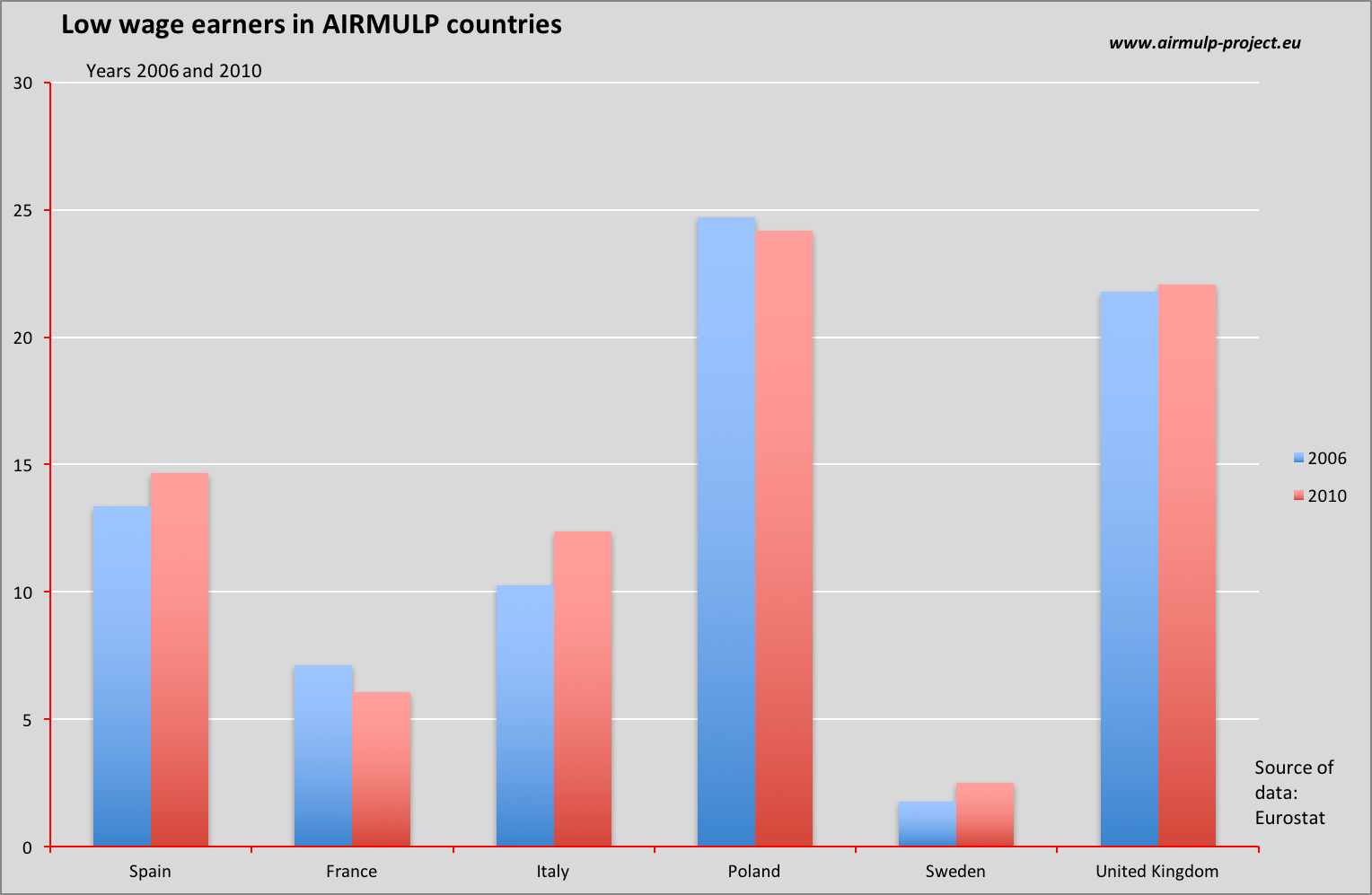